A Touch of Retail Security Therapy 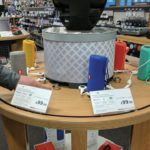 As part of an ongoing commitment aimed at redefining the role of the retail security operative, Cardinal Security and Amberstone (part of The Cardinal Group) are working in partnership with Dixons Carphone on a strategy that combines skilled personnel with electronic surveillance and reporting systems. Risk UK examines the outcomes already achieved to date.

When Dixons and Carphone Warehouse completed a £3.9 billion merger back in 2014, the deal integrated two well-known High Street names to create what is now one of Europe’s largest electrical and telecommunications retailers. Renamed Dixons Carphone, the company has interests across the continent and is one of the UK’s last remaining large-scale businesses of its kind with a bricks and mortar presence.

Online shopping, home delivery and ‘Click and Collect’ have now become commonplace. According to the Office for National Statistics, the value of online sales increased by 8.9% in March 2016 compared with March 2015. The ‘omnichannel’ is now firmly established and means that traditional High Street stores need to adapt their approach to attract customers.

Dixons Carphone is at the forefront of this process and, early on this year, the company’s CEO Seb James announced his aspiration to “reinvent retail as we know it”. In order to revolutionise the shopping experience, Dixons Carphone has now brought its Currys, PC World and Carphone Warehouse brands together under one roof at its 3-in-1 stores.

The company’s 3-in-1 megastore at Hedge End in Southampton, which opened in September 2015, is truly the shape of things to come. It boasts a number of innovative features, with smaller, interactive exhibits that are designed to draw people in. For example, the vacuum cleaner section has three types of flooring such that customers can try out which device would work best for their home. In the audio section, shoppers can switch the music between different speakers, while headphones are displayed in such a way that allows consumers to be hands-on and compare and contrast what’s on offer.

Every element of the store’s design and layout has been analysed, scrutinised and reconfigured to offer customers the best possible experience and increase sales.

A key part of this new retail process is the way in which security and loss prevention are being approached. In point of fact, it’s something that has proven to be just as radical as the store concept itself.

Cardinal Security had worked closely with Carphone Warehouse for a number of years and now operates with Dixons Carphone across all of its outlets. For Simon Chapman, Cardinal Security’s CEO, the Hedge End store is an exemplar of how retail security needs to be approached in the modern age.

“There has been a distinct reluctance, or an inability, to move on from the ‘cops and robbers’ mindset that has prevailed for decades,” stated Chapman. “However, we’re now beginning to witness a massive change in the way that retailers operate. We’ve worked closely with Dixons Carphone’s loss prevention team in order to introduce a new intelligent guarding model that does away with the customer denial approach and, instead, actively integrates the duties of a security officer with technology, electronic systems and the all-important data they produce.”

The store employs a covert security specialist in the form of Dan McKee (pictured, left). Asked to explain how his role differs from that of a typical security officer, McKee responded: “I adopt a customer service-based method to deter theft. For example, I’ll approach store visitors and ask them whether they need any help in a polite and friendly manner. Genuine customers love this approach but, for obvious reasons, potential thieves hate it. Furthermore, the store encourages a culture whereby all staff are part of the security and loss prevention team. I work closely with all staff members and offer specific guidance in this area.”

CCTV in the retail space

CCTV has been used in retail outlets for decades, of course. However, far from being considered a proactive tool, it has been used retrospectively, often when it’s too late and stock has been stolen or the barriers at the front of the store have been activated and the offender is long gone.

To help him do his job, McKee has real-time remote access to the in-store CCTV system via a tablet, which he can use to study customer behaviour, while analytics platforms provide direct alerts about any suspicious behaviour, such as someone being in a particular area longer than is considered usual.

Suzanne Borg (project manager in the Group Loss Prevention Department at Dixons Carphone) observed: “Having products on open display brings with it certain security concerns that we’re addressing through the use of sophisticated technology. Customers want to touch and experience products. They no longer wish to see them locked down or behind cabinets, so we have to accommodate their desires. However, this brings with it increased risk, so early warning technology is absolutely central to mitigating any risk and thwarting those with criminal intent in mind.”

As a result, Amberstone’s smart shelves have been installed. When product is picked up, McKee receives an alert via a headset, directing him to the area and product concerned, while specific items – such as vacuum cleaners – have tags attached that also relay information. As well as significantly reducing losses, this allows McKee to play a key role in the customer experience, in turn helping the host retailer to sell more and lose less.

Organised shoplifting gangs are a major concern for retailers. Groups of professional thieves now travel the length and breadth of the country to steal products which they can then sell on. To combat this problem, Dixons Carphone employs electronic technologies such as ANPR and facial recognition that identify known vehicles or offenders.

“The profiling of individuals and their behaviour is crucial in order to recognise the difference between good and bad customers,” explained McKee. “With the use of data sharing and analytical tools, we can share information and allow ad hoc tasks to be added centrally from regional field or head office teams, while also ascertaining exactly which products are being targeted. We use the analysis of online auction sites and recent store thefts to profile the risk against the year, month or day to gain a better understanding of when thieves are most likely to strike.”

Given that he’s a vital part of the senior management team at the store, Cardinal Security has provided McKee with investigaton, evidence gathering and statement writing training (the latter used within morning briefings). Dixons Carphone staff are made aware of any current risks and work very much as part of a team. This holistic approach to security is highly effective and deters both organised and opportunist offenders.

Like all other aspects of modern retailing, the security function at Dixons Carphone has to deliver a return on investment. Suzanne Borg commented: “Part of Dan’s job is to use the technology-based tools at his disposal to constantly assess risk and report back. Data provides a clear picture of the cost of his employment and what he returns. This is measured through shrink reduction, assistance in increased sales, greater staff safety and a focus on stock loss reduction. This dynamic approach builds a comprehensive risk model and creates decision-making and business rules out of the back of it.”

The new store concept, combined with such an innovative approach to security and loss prevention, has already enjoyed some notable successes. The sale of high risk products, including headphones, increased in the first year of opening, while McKee was directly involved with the arrest of an organised gang leader who was subsequently sentenced to two years in prison.

These are good times for Dixons Carphone, which saw its trading over Christmas 2016 beat all forecasts as the business reported its fifth consecutive year of growth. As the company continues to redefine its retailing strategy, it’s plainly obvious the key role that cutting-edge security techniques will play in its ongoing success are very much to the fore.

“Dan McKee is the embodiment of the modern security officer and absolutely integral to what our company is doing at the Hedge End store,” concluded Suzanne Borg. “As a dedicated security solutions provider, Cardinal Security is clearly able to develop security operatives who are confident, articulate and technologically savvy in their work. It’s precisely this type of approach that the modern retailer must look to embrace as part of a successful loss prevention strategy.”

Peace of Mind for Security Applications