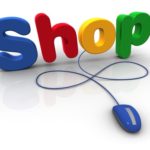 Online shoppers want retailers to be transparent and honest if they’ve suffered a security breach. That’s according to a new UK consumer survey commissioned by NTT Security, the global information security and risk management company. The research results, announced just ahead of one of the busiest online shopping periods in the lead-up to Black Friday and Cyber Monday as well as Christmas, also reveal that customers want to know if a site has been hacked or personal data compromised.

Asked what they would like retailers to do in order to help build consumer trust when shopping online, 80% of survey respondents say they expect more transparency following a breach, as well as more secure payment systems on sites, with retailers insisting that customers must use stronger passwords and change them regularly.

However, in a year when a number of major retailers suffered high profile and embarrassing data breaches, potentially exposing customers’ confidential information, a third of buyers still admit they would carry on using an online store that suffered a breach, but would take the initiative to upgrade their security or otherwise do so if advised by the retailer on such a course of action. Surprisingly, just 18% would stop using a site permanently.

Concerns about shopping online are evident, with the majority of respondents worried about the privacy of personal information (63%), a site being fake (63%) and the risk of being sent phishing e-mails that link to malware (60%). Shoppers are also concerned about the risk of identity theft and paying online.

At the same time, people are becoming more aware of security Best Practice when they shop online. More than 40% of respondents to the survey believe that retailers should publish their privacy policies to allow customers to see how data is being handled and stored, while a third (32%) want stores to listen and respond to customer concerns on social media by way of helping to build consumer trust.

Stuart Reed, director at NTT Security, commented: “The retail sector is among one of the most targeted industries for attacks and, with one of the busiest trading periods of the year now upon us, it makes sense that both consumers and retailers are diligent in terms of data security. While some shoppers are happy to continue using sites even when they’ve been breached, they’re also anxious for retailers to let them know when they’ve been hacked.”

Reed continued: “Consumers certainly seem to be growing in security awareness when online. They’re more ‘savvy’ and willing to take responsibility for their own security to some extent, but they’re also more demanding of retailers and expect to see privacy and security polices displayed clearly on websites.”

Reed warned retailers: “While seasonal trading might result in a spike of targeted attacks, it’s important to remember that, in a connected and global economy, cyber threats are present 24 hours a day, every day of the year. On that basis, it’s crucial that online retailers have the basics right combined with a balanced and well-communicated approach towards cyber security at all times.”

Most customers trust their bank/insurance company to keep their personal data safe online, while online dating sites and social media are least trusted. This echoes the findings from a 2015 NTT Security survey. In fact, the ‘Trust List’ (in order from most trusted to least trusted) is as follows:

The NTT Security ‘Online Shopper Survey’ was conducted this month by SurveyMonkey among 500-plus UK respondents. Respondents were split evenly across different age groups and between males and females