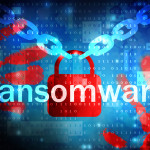 By way of its latest market survey, Bitdefender has discovered that 44% of all ransomware victims in the UK have paid to regain access to their data, with the company predicting this number to rise in the years ahead.

No less than 39% of victims found it either probable or very probable that they’ll be attacked again in the future. The study findings also reveal that victims are willing to pay up to £400 to recover their encrypted data.

When questioned on when ransomware attacks are most likely to occur, 76% of respondents said they believe that such cyber episodes could happen at any time.

Catalin Cosoi, chief security strategist at Bitdefender, explained to Risk UK: “The ransomware phenomenon has been hitting Internet users and generating huge profits for cyber criminals for many years now. While victims are usually inclined to pay the ransom, we encourage them not to engage in such actions as it only serves to financially support the malware’s developers. Instead, coupling a security solution with minimum online vigilance is the better way of preventing any unwanted ransomware infection.”

67% of respondents had correctly associated ransomware with a virus, while 44% accurately identified ransomware as a type of threat that prevents – or otherwise limits – access to computer data.

Furthermore, almost 34% of respondents identified the Top Three most common ransomware infection vectors as being e-mail messages that contain computer viruses, files that contain a virus and visited websites that are hacked or harbour viruses.

Bitdefender experts predict that ransomware infections will continue to gain traction in 2016, adding other features such as extortion to cyber criminals’ toolkits.

Under the threat of having all of their collected data posted online, victims may be forced to pay a fee within a certain time period in order to keep their information private. While victims may later retrieve the unencrypted files that have been posted online, those files would be easily accessible to the public.

*The Bitdefender study was conducted by iSense Solutions last November and covers the UK, the United States, France, Germany, Denmark and Romania. In total, 1,906 respondents participated in the study