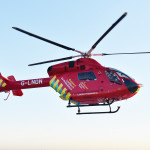 CIS Security has announced that a second London’s Air Ambulance emergency medical helicopter is now operational in the capital thanks to generous contributions made to the charity from both members of the public and organisations.

CIS Security announced its partnership with the charity back in 2014, and has since generated approximately £25,000 for London’s Air Ambulance through fundraising contributions, various events and a series of focused activities.

Carl Palmer – CIS Security’s executive chairman – has campaigned to make the London’s Air Ambulance a charity focus for the business. “Thank you to everyone who ran marathons, swung golf clubs, bought raffle tickets, contributed prizes and wore hideous Christmas jumpers to help raise money during this campaign,” enthused Palmer, who took to the streets of London last September during London’s Air Ambulance Week to raise funds for the ‘Your London, Your Helicopter’ campaign. “Let’s keep up the good work.”

The new red helicopter – a G-LNDN-registered MD902 Explorer model – is available to deliver the London’s Air Ambulance advanced trauma team to critically injured patients, and is here just in time to cover the duties of the charity’s current helicopter (G-EHMS) which has now gone offline for its annual maintenance programme.

More funds to be raised

“It’s amazing to think that those needing a helicopter for an emergency scenario in the coming days will still be able to avail themselves of the fastest advanced trauma care available while the other is undergoing maintenance,” continued Palmer. “This will make a huge difference to so many people’s lives.” 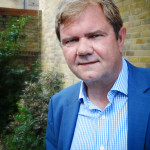 Palmer is planning to raise even more money for the charity when he takes to the seas for the world famous Clipper Race in August next year. It’s a trip that’s self-funded, Palmer’s programme of fundraising activities scheduled for London’s Air Ambulance in the lead up to, during and after the ten-month race (which will see him and his colleagues on the venture circumnavigating the globe) are destined to realise significant funds.

Speaking about the new emergency helicopter, Graham Hodgkin (CEO at London’s Air Ambulance) said: “This development marks an historic milestone for both for the charity and, indeed, the people of London. The second helicopter simply wouldn’t have been possible without our wonderful supporters. We would like to say a heartfelt ‘Thank You’ to anyone who has contributed to the campaign in any way. I would also like to make a plea for Londoners to continue to donate and support the charity. We may then ensure that our advanced trauma teams can deliver life-saving treatments to our patients on the streets of London on a 24/7 basis.”

*Readers of Risk UK who’d like to donate to the London’s Air Ambulance charity can do so online at: www.londonsairambulance.co.uk/donate

**Alternatively, telephone 020 3023 3300 and pledge your donation by speaking with one of the team members