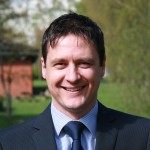 The introduction of new technology is accepted by all parties involved as being wholly beneficial for UK policing. Indeed, the consequences of ignoring systems development are demonstrably myriad for law enforcement, but there’s still the fundamental challenge of implementation to be addressed, as Jamie Wilson describes.

I’ve yet to meet anyone working within any police force who disagrees with the basic premise of investing in – and subsequently implementing – new technology in order to improve and enhance serving officers’ performance when discharging their duties. The challenge is how best to go about doing so.

When Theresa May addressed delegates at The Police ICT Company Supplier Summit last month, the Home Secretary raised some very valid points regarding the benefits of embracing new technology and the consequences of not doing so. Yet, I fear that when such recommendations are made by an MP, and particularly one who’s so closely associated with cuts to policing budgets as part of the Government’s ongoing austerity measures, the story becomes too entangled with politics and the message is then somewhat diluted.

As a representative of the vendor community, I can say that there are some amazing technologies that have been developed in recent years to meet modern policing needs. However, when forces are constantly worried about making ends meet, and their resources are at full stretch, I fully appreciate that the idea of investing in new innovations can often feel like a step too far.

Furthermore, police forces don’t always have the knowledge and expertise in-house to know what’s right for their needs, in turn heightening the potential fear of wasting public money.

In her speech, Theresa May stated: “Today, too much money is still being spent on expensive, fragmented and outdated systems. All-too-often, police officers use technology that lags woefully behind what they use as consumers. There’s also an unacceptable lack of digital join-up with the criminal justice system and other key agencies.”

Foundation upon which to build

To add some balance to the Home Secretary’s comments, there are in fact a lot of common systems in use by forces today that could provide the foundation everyone’s looking for from which to build their ICT strategy for the future.

One such example is call recording. It’s far from glamorous, but the move to digital in recent years has provided a platform from which to layer quality management and monitoring in Command and Control Centres, digital evidence strategies (as part of the drive to be compliant before the April 2016 deadline) and incident management systems that embrace new channels of information (whether it’s social media or feeds from body-worn cameras).

To my mind, the work Martin Wyke and his team are conducting at The Police ICT Company to address these issues is very positive indeed, not only in terms of helping forces to understand what technologies are available and how they can take advantage of them in practical terms, but also to assist them in making the best deal.

Clearly, if police forces can pull together to exert their combined buying power then they can negotiate harder. What’s more, if forces are standardising on a particular technology or platform, this means that they’ll find it somewhat easier to collaborate more effectively (something the Government has also expressed a desire for in the paper published last month entitled: ‘Enabling Closer Working Between the Emergency Services’).

Following The Police ICT Company Supplier Summit, Martin Wyke commented very eloquently in a blog post that: “The change the [police] service needs will not be delivered by ICT. It’s a change of mindset and of leadership behaviour in which those at the top of 40-plus separate organisations recognise that what unites them is more important than what divides them, and that they all stand to gain more from working together than from ploughing their own furrow alone or with a couple of partners.”

In conclusion, I would echo the ‘Call To Action’ of the Home Secretary in which Theresa May states: “I challenge you to be ambitious in shaping the future. Understand the potential for technology to make a difference and embrace it for the good of policing and, of course, the general public.”