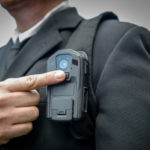 A report published by civil liberties and privacy campaign group Big Brother Watch reveals that 71% of UK police forces have spent £22,703,235 on 47,922 body-worn cameras, but are unable to show how many guilty pleas or convictions have been obtained based on footage obtained from the technology.

Body-worn cameras have been billed by both the police service and the Crown Prosecution Service (CPS) as critical technology for reducing violence against officers, improving transparency in police/public relations and assisting in obtaining guilty pleas as well as being an essential tool in speeding up justice when footage is used as evidence in a Court of Law.

Using Freedom of Information requests, the 27-page ‘Smile… You’re on Body-Worn Camera Part II – Police’ report has sought to establish if these promised benefits are accurate.

Renate Samson, CEO of Big Brother Watch, stated: “The police service repeatedly reassures the public that body-worn cameras will enhance transparency, create better relations and improve prosecution rates, but despite 71% of forces rolling out nearly 48,000 cameras, these benefits are yet to be conclusively proven.” 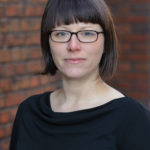 Samson continued: “It says little for the approach to transparency that neither the police service nor the CPS could tell us how often footage from the cameras has been used in court proceedings. Police trials of the technology have proven inconclusive, while problems have been reported with the cameras themselves. If the future of policing is to arm all officers with wearable surveillance, the value of the technology must be proven and not just assumed. It’s simply not enough to tell the public that body-worn cameras are essential policing tools if the benefits cannot be shown.”

In light of its study findings, Big Brother Watch has made three policy recommendations:

*Forces should ensure that all body-worn cameras deployed feature a visual aid and screen showing clearly when the citizen is being filmed. Protection of data when at rest or in transit must be standard