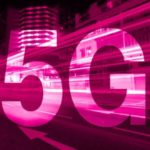 According to an independent report produced by Assembly and commissioned by Mobile UK, a restriction placed on Huawei in the telecoms supply chain could delay a full 5G launch by between 18 and 24 months and cost the UK economy between £4.5 billion and £6.8 billion.

The new analysis, which is based on the Government’s own projections and compiled with the co-operation of UK mobile operators, found that a delay to the 5G roll-out while operators make alternative procurement arrangements with other suppliers may seriously threaten the UK’s aspiration to be a world leader in 5G (something that has been central to the UK Government’s Industrial Strategy since 2016).

The importance of early 5G leadership to realise the economic benefits of the technology cannot be understated. If any restriction were to be imposed on Huawei, many of the benefits associated with 5G leadership could be lost for good, not simply delayed as a result. These include significant productivity gains that stand to benefit the UK’s global economic standing.

Competition in the supply chain has so far been good for technological progress and has meant that the UK has benefited from cost-effective roll-out and strong mobile coverage.

The research shows that, across a number of industries which are expected to take advantage of 5G connectivity, new sources of growth and innovation may be delayed with further consequences for consumers and a damaging effect on UK businesses.

*A copy of the full Assembly report can be downloaded here