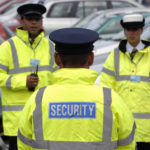 The 1,450 largest companies in the security industry have been assessed, valued and rated by Plimsoll Publishing on their attractiveness for takeover. Based on this month’s data, the Plimsoll Publishing Market Analysis has rated no less than 273 companies as being ‘in Danger’. With nine out of ten previously failed security companies given the same ‘Danger’ rating two years prior to their demise, the detailed Market Analysis affords an early warning of who might be next.

Each of the 1,450 security companies included in the Plimsoll Publishing Market Analysis have been rated ‘Strong’, ‘Good’, ‘Mediocre’, ‘Caution’ or ‘Danger’. These ratings are based on the Plimsoll Model: a graphical model that highlights the current strength of each business and measures change in performance over the previous four years.

72 companies are deemed to be highly attractive targets for takeover bids. A nine-point checklist is provided on each company to determine their attractiveness. This is presented in a simple ‘fuel gauge’-style measure. The higher the gauge, the more attractive the company.

This month’s latest acquisition findings from the analysis rate 253 security businesses as being ‘highly attractive’ for takeover, while 1,081 companies are ‘worth considering’ and 113 businesses are  said to be ‘unattractive’.

407 companies are said to be loss-making. As a further sign of the intense competition present within the UK’s security industry, 186 companies continue to sell at a loss for the second year running. These serial loss-makers are adding to the congestion in the market, often undercutting the rest of the market and driving down profit margins across the board.

The next 12 months represent something of a crossroads for these companies as, according to Plimsoll Publishing’s experienced analysts, they face up to two distinct choices: either they begin to operate more responsibly or they run out of cash.

The Plimsoll Publishing Market Analysis also provides a valuation for each business for the previous four years as well as a “future year” showing what they could be worth in times hence. Valuations in the analysis are updated by Plimsoll Publishing as soon as new accounts are received.

Pleasingly, 576 companies have increased in value during the latest year under scrutiny.

*For further information (and to access a copy of the full report) visit https://www.plimsoll.co.uk/market-reports/Security