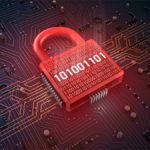 Privacy will dominate the corporate agenda in 2017. That’s the considered opinion of David Ferbrache, technical director in KPMG’s cyber security practice, who explained to Risk UK: “The European Union General Data Protection Regulation (GDPR) is less than 18 months away. Privacy has suddenly made it to the top of the corporate agenda, and not just in Europe. The GDPR tilts the scales in the direction of the European citizen, requiring explicit consent to process, store and transfer their personal information. Data breaches suddenly become more transparent with strict notification requirements and the potential for punitive fines of up to 4% of a company’s global turnover for the most serious events.”

According to Ferbrache, ‘Balkanisation of the Internet’ will gather pace. “More and more countries are regulating cyber space, often with conflicting and contrary approaches. Firms are struggling to keep up with restrictions on how data can be handled, what nations expect in the way of compliance and the limitations on cross-border transfers. Suddenly, Big Data seems less attractive without the metadata to ensure that legal and policy obligations around data handling can be respected. Data-centric security has never mattered more.”

Countries find themselves cyber targets and become more aggressive in defending their cyber space. “The Mirai botnet has shown just how damaging Distributed Denial of Service attacks can become,” stated Ferbrache. “We saw the largest-ever attacks in the autumn. Attacks of this scale risk destabilising the Internet and the infrastructure which supports it. Active defence has moved up Government agendas as countries work with telecommunication firms to provide more robust national defences against alleged state attacks and organised cyber crime, in turn heralding a new relationship between Government agencies and commerce. Takedowns and blocking operations aimed at cyber criminals will become more frequent and more rapid.”

Cyber crime is now becoming industrialised. On this point, Ferbrache explained: “Cyber crime has been big business for many years, but 2017 will see an industrialisation of cyber crime exploiting cheap labour and increasingly sophisticated tools for bespoke attacks. CEO frauds and business e-mail compromises will continue to dominate the landscape, but with increasingly sophisticated targeting of firms and their employees by criminals who scour social media for intelligence. Ransomware continues to make criminals money, and will become smarter and more targeted as the year progresses supported by a crime as a service underground economy.”

Looking for the weak points

Attackers are looking for the weak points within international financial systems. “The well-publicised Bank of Bangladesh attack has come and gone,” asserted Ferbrache. “Attackers are looking for weak points in our interconnected financial systems exploiting the trust between institutions to find ways to transfer funds and cash out. International financial institutions will try to raise the bar on bank security worldwide, but attackers will look for new targets, shifting their focus towards e-retail and new payment channels using Advanced Persistent Threat-style tactics. Cyber criminals are undoubtedly becoming ‘savvier’ about how they make their money.”

As far as Ferbrache is concerned, cloud security is now coming of age. “Cloud services have finally grown up and have recognised the need to provide clients with the functionality they require to implement effective security and compliance solutions. A well-managed cloud environment can offer levels of security and resilience which many organisations would struggle to replicate on an internal basis. Even in regulated industries, ‘cloud as the first choice’ has become the mantra.”

Executives are demanding certainty, and sometimes where there is none. “Cyber security programs have been well-established in the big corporates,” observed Ferbrache. “Executives are now holding their CISOs to account to explain what has been achieved by their investments, occasionally demanding unreasonable degrees of certainty. Suddenly, the challenge has become all about what money buys you when it comes to reducing the impact and, ideally, the likelihood of a cyber breach. Exactly where does cyber insurance figure in that decision calculus? Boards of Directors are realising that making sure the basics are right absolutely matters, but it must be said that so does being ready to respond to an increasingly inevitable cyber breach.”

Breaking down the barriers

Ferbrache feels there’s a need to break down the barriers in 2017. “More and more firms will realise that their internal stovepipes are not helping to tackle cyber crime. Fraud control and cyber security still seem poles apart. One deals with criminals, customers and money, the other with attackers, computers and data, but they’re the same in our digital world. Realisation arrives that, ultimately, it’s all about protecting the business. Cyber criminals are just another competitor. They’re ruthless and rational entrepreneurs in their own right.”

What about the ‘Internet of Insecure Things’? “We carry on ‘networking’ our world and being surprised about just how basic the security around some of the available devices really is,” said Ferbrache. “Expect 2017 to bring more and more examples of misconfigured devices, default passwords, obsolescent operating systems and ‘out of sight’ devices that people just don’t think of as being computers. While some of the cyber attacks perpetrated will be amusing and quirky, 2017 will bring a few examples which make us realise just how dependent our modern world has become on hidden computers.”

Will passwords be a thing of the past? Ferbrache believes so. “This year will hopefully be the year that blind reliance on passwords ends. The security community and the business community alike are starting to realise that they need a more sophisticated approach for authenticating people and their actions. It will be an approach which uses multi-factor authentication including biometrics, behavioural analysis and contextual information to make judgements on whether the user really is who they say they are and just how risky their attempted transaction really is.”