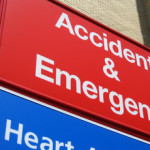 Richard Hampton, head of external engagement and services at NHS Protect, commented: “No member of NHS staff should be physically assaulted, and we encourage those members of staff who are the victims of violence to report it such that the appropriate action can be taken.”

Hampton added: “While it’s encouraging to see the total figure on physical assaults heading in the right direction, there’s no room for complacency. We urge all health bodies in all sectors to take advantage of the joint working agreement with the police service and the Crown Prosecution Service. They can build local arrangements on this national agreement to ensure criminal assaults are identified and do not go unpunished.”

The 2014 NHS staff survey shows a possible 34% non-reporting of incidents of violence. Albeit a lower percentage than the previous year, it’s reasonable to assume that some under-reporting of physical assaults has occurred.

Hampton explained what will be done to better protect staff in NHS mental health settings. Specifically, a new partnership protocol is being orchestrated between NHS Protect, the National Police Chiefs’ Council and the Crown Prosecution Service and launched in the very near future.

“It’s designed to help the NHS, the police service and the Crown Prosecution Service work together to respond to incidents of crime,” asserted Hampton, “investigate and then take appropriate cases forward for prosecution in this sector.”

NHS Protect has been included in the Anti-Social Behaviour, Crime and Policing Act 2014 with powers to apply for civil injunctions on behalf of NHS health bodies for the purposes of preventing individuals from engaging in anti-social behaviour on NHS premises.

*work locally with the police and other outside organisations to deal with lower-level anti-social and nuisance behaviour, including alcohol-related incidents, by using Community Safety Accreditation Schemes

*take help and advice from NHS Protect’s network of Area Security Management Specialists (they provide guidance to local security managers and assist in assessing risks of assault, addressing them through prevention work and pursuing legal action when assaults do occur)

*use NHS Protect’s ‘Meeting Needs and Reducing Distress: Guidance on the Prevention and Management of Clinically-Related Challenging Behaviour in NHS Settings’

*be aware that NHS Protect has been included in the Anti-Social Behaviour, Crime and Policing Act 2014 in order to provide new tools for dealing with persistent anti-social behaviour within the NHS