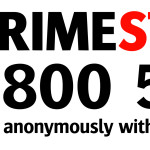 Independent charity Crimestoppers has received over 1,000 pieces of information on energy crime since launching its dedicated Stay Energy Safe service late last year. The service has seen the charity partner with the energy industry to host a ‘first of its kind’ anonymous reporting service for the public to report energy crime through www.stayenergysafe.co.uk as well as a dedicated phone number (0800 023 2777).

The service, which has seen the charity partner with 96 of the UK’s energy providers and distributors, has witnessed a tremendous response, with 920 pieces of information passed on since launch in September. A further 200 pieces of information have been passed through Crimestoppers’ 0800 555 111 number and anonymous online form at www.crimestoppers-uk.org, thus showing that the issue of energy theft does exist and that people feel it’s important to report it anonymously.

Some 97% of online forms received through www.stayenergysafe.co.uk were deemed actionable in February from 184 forms submitted and forwarded to the relevant supplier or distributor to act upon.

Another tip-off saw an individual reported for stealing both gas and electricity over a number of years. The amount of energy stolen amounted to almost £10,000.

A slightly different report highlighted how a customer had an electrician install a separate meter, bypassing the one linked to the energy provider. Information was received about the customer, with the cost of the energy stolen amounting to an estimated £20,000.

The Stay Energy Safe service is another example of how anonymous information can lead to criminals being identified and communities being kept safe. Tampered and bypassed meters are costing the UK more than money, with the risk to life and property very real given the threat of gas or electrical explosions and fires.

Around 1,500 people in the UK are charged by the police for energy theft each year. If found guilty, they’re likely to have to pay back the value of the energy stolen as well as the costs of the investigation. The outcome can also include community service or even a prison sentence of up to five years.

Roger Critchell, director of operations for Crimestoppers, said: “The aim of this service is to give those that know of energy crime a voice. We’ve been overwhelmed by the response, but also how prevalent energy crime seems to be. The positive for us is that people feel they can come and speak to us about those who are breaking the law, safe in the knowledge that the information provider will not be identified. While the first six months of Stay Energy Safe have been very positive, we must keep working hard to prevent this form of crime in order to ensure people cheating the system are caught and that communities are not put at risk by their exploits.”